Finding safe and efficient solutions to longwall take-offs has led to many innovations in underground coal mining. Having to take into account the risks of a failed take-off, including the costly impact of a potential roadway collapse, developing new processes is not for the faint-hearted.

As an Australian manufacturer and provider of strata and ventilation control products has revealed, new processes that are being trialled rely on a complex combination of engineering, practicality and complete confidence in products to achieve their specified targets.

Recently, Aquacrete played a small but pivotal role in the design and backfill of a longwall take-off roadway, developed by an Australian underground coal mine. The project involved the construction of a new roadway across the longwall and considerable engineering across a number of project phases.

After the roadway was driven and extra support was in place, the project team set about constructing a series of shutters designed to retain a fly ash/cement fill that would be introduced to the drive. Each shutter was designed to withstand 150 – 180 kPA of pressure and a vertical head of 5 metres.

“Two of the shutters were designed with a 400mm angle in them to resemble a bay window. The construction material also needed to be carefully considered as the shutters would be cut into by the longwall in the maingate and tailgate take-off chute roadways,” Aquacrete’s Business Development Manager, Greg Kay, explains.

Kay says that the method to construct an Aquacrete seal meant that there was no mesh or other materials that would impact on the longwall as it cut through.

“As more than 5,000 cubic metres of fly ash/cement was to be pumped into the drive, we needed a product that could achieve a high factor of safety without the need for significant support in the construction,” he says.

The solution was a set of four Aquacrete Wet-Repel shutters as large as 7 metres wide x 3.5 metres high that were each sprayed to 300-400mm thick. To allow the project team to inspect the progress of the fill, manholes and thickness gauges were installed at construction.

The success of the project would only be realised when the recovery roads were reached by the longwall and there was eager anticipation of this.

“The result was an extremely successful take-off with the biggest learning being that the stringent engineering of this project had certainly contributed to a safe and successful takeoff,” Kay commented.

Kay says the project was particularly exciting for Aquacrete as it was the first time that seals had been designed in a bay window configuration.

“Our engineers had a lot to consider in establishing the design parameters for the seals, as the shape of the seals had the potential to affect the strength and capability of the seal,” he says.

“It is fantastic to see our products used in applications where mines understand that our products are designed first and foremost to enhance underground safety while optimising productivity. In this instance, Wet-Repel was a great solution,” he concludes. 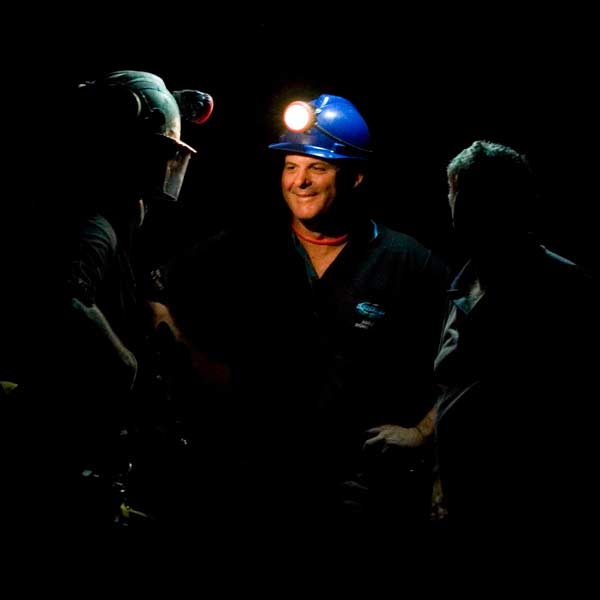