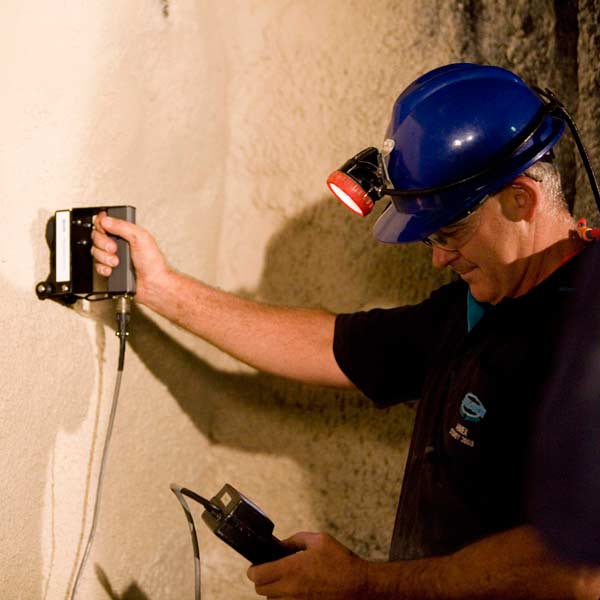 While sample coring and analysis of installed seals has provided assurance to mines, it is difficult, time-consuming and costly to carry out physical sampling and testing of every installed device. As a result, Aquacrete has developed a method for in-situ, non-destructive testing that addresses these issues. Although a new approach to testing underground structural devices, the method employs recognised testing equipment in a new application.

The Aquacrete Thickness Gauge uses sound waves to test a material for integrity and strength properties. It works by striking a surface with a hammer built into the testing device and then measuring the elapsed time for the sound waves to reflect off the far surface.

If there are any defects within the material, such as voids, the sound waves will not transmit through and the instrument will record the sound waves bouncing off an apparently thinner section.

Mine operations can take multiple readings across the surface of the installed structure, providing further reassurance that the seal has been installed to the required standards.

Having conducted a range of tests in the laboratory, above ground, at trial underground sites and in active mine operations, Aquacrete’s technical service team is increasingly using the equipment at mine sites throughout Australia.